Posted at 14:57h in Uncategorized by Hugh Bland

Kilgobbin Farm,with its gables looks like a church and in fact Kil means church and Gobbin, is the name of an Irish Saint. Kilgobbin was built in 1875 by Merydyth Fannin, son of Thomas Fannin who came out in the 1840’s. Merydyth had made much money in the diamond fields but he wanted to settle in the Dargle Valley. In 1873 he bought a 1400 acre farm, Middel Bosch and called it Kilgobbin.  See Gallery – Natal farms – Dargle – Kilgobbin for more details and images.

Overhead image taken by Hugh Bland, with thanks to pilot Owen Llewellyn Davies.

Kilgobbin in the Dargle Valley from  the air 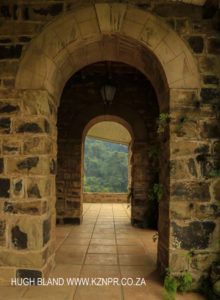