Posted at 13:21h in Uncategorized by Hugh Bland

The former Natal Command HQ was sold under dubious circumstances nearly 20 years ago and the dispute as to ownership continues to this day.

All that remains is the front façade and the collapsing church, that was supposed to be cared for.

The front façade has concrete sculptures by Mary Stainbank, created in 1937 and which took five weeks to complete (see  newspaper cutting). Concrete was Mary’s favourite medium which was unusual at the time given the hard manual work needed. 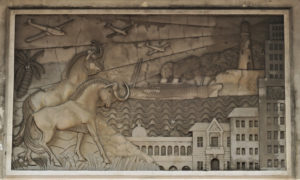 The concrete sculpture by Mary Stainbank 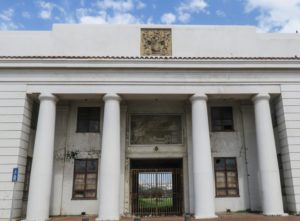 Very little remains of the HQ other that the front façade with Mary Stainbank’s sculptures. 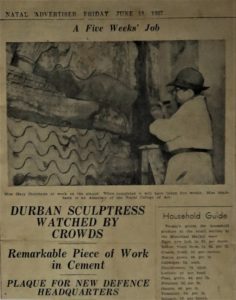 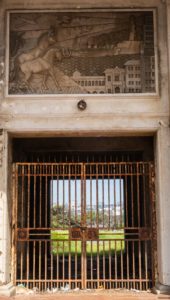