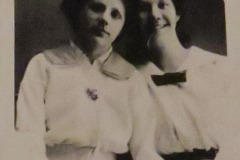 The King family have a long history i Nottingham Road having owned Lynedoch and Gowrie Farms which are at the centre of the modern village. They were also associated with the Smythe family, who were early settlers in the area. The present Gowrie Church and graveyard was donated by the King's and family members are buried in this graveyard. Descendant, Robert King, a history teacher, provided the material in this album, which features many images from the late 1800's and early 1900's. 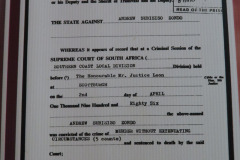 This has images of an exhibition at the Kwa-Muhle Museum in Durban. Andrew Zondo is a controversial figure, seen by some as a killer and others as a hero of the Liberation Struggle. Andrew Sibusiso Zondo was born in Durban in, 1966, joined the ANC and went into exile and trained as a guerrilla. In retaliation for a raid into Lesotho by SANDF in 1985, Zondo and others placed a bomb in an Amanzintoti shopping centre on 23 December 1985 killing two adults and three children. He was eventually apprehended and placed on trial , found guilty and executed on 9 September 1986. This exhibition covers his life , motives and trial. Some say he was a killer of innocent civilians, a soft target whilst others hold him up as a hero of the struggle.